Usually an erection occurs when the imagination or sensations (sight, hearing, touch, smell, taste) get stimulation and the person experiences excitement. The central nervous system begins to send nerve impulses that increase blood flow to the penis. Blood fills the spongy tissues (cavernous bodies) inside the penis, which leads to its increase in volume and gaining rigidity.

For the appearance of an erection, the following four factors are necessary:

The number of organic causes of erectile dysfunction includes long-term (chronic) or short-term (acute) lesions and complications caused by surgery on the prostate or any other operation associated with nerve impulses or blood supply to the penis.

Problems with the blood vessels (vascular system problems) can prevent the penis from filling up with blood or its finding inside the penis long enough to support an erection. For example, prolonged high blood pressure can damage blood vessels and lead to erectile dysfunction. 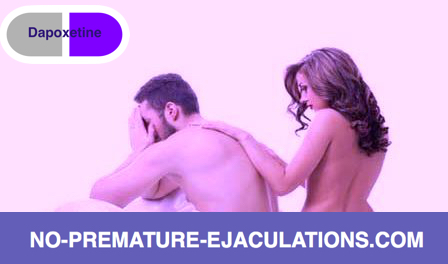 Problems with the nerves (neurological problems) can interfere with signals of excitation from the brain and spinal cord to reach the penis. Nervous disorders such as Parkinson's disease, Alzheimer's disease, multiple sclerosis and angina pectoris can adversely affect the male ability to achieve an erection and reduce sexual desire.

Nerve damage due to diabetes, postoperative complications and spinal cord injuries can also cause erectile dysfunction. Problems with the structural feature of the penis or surrounding tissues can interfere with erection.

Hormonal factors, such as low levels of testosterone, can create problems with erection.

The side effects of medications (for example, those prescribed for high blood pressure or depression) may include problems with erection. In some cases, it is possible to change the dose of the medicine or replace it with another.

The use of tobacco, alcohol or illicit drugs can lead to problems with erection. Termination of their intake or restriction in the use of these substances can alleviate the problem with erection.

Activities that limit blood flow to the penis can also lead to erectile dysfunction. Some doctors have noticed that men who regularly cross long bike distances have erection problems more often than those who use the bicycle from time to time, especially if their bicycle seat is narrow and stiff. Nevertheless, the possible connection between riding a bicycle and problems with erection has not been proven.

Vasectomy usually does not cause problems with erection. However, postoperative pain can have a negative effect on sexual activity for a while, and if a man feels uncomfortable with a decision to undergo a vasectomy, or if he has come to such a conclusion after mature reflection, this fact can negatively affect his psychological state.

The psychological causes of problems with erection include depression (which also has an organic component), anxiety, stress, grief, or problems with current or past relationships. This negatively affects the erection, distracting the man from the things that usually aroused him. Erectile dysfunction in men under 40 years of age who do not have any organic risk factors is more likely to be caused by psychological rather than physical causes.

Problems in relationships can lead to erectile dysfunction. This can happen if a man has become widowed or has lost sexual interest in a particular partner. Some men develop erectile dysfunction when they start thinking about marriage. Some men find it difficult to have sexual relations with a partner after the birth of the first child.

Hormonal factors and problems with erection

Hormonal factors can play a role in problems with erection (erectile dysfunction). Men with low production of the hormone testosterone (a disorder called hypogenitalism) may have a decreased sexual desire. Usually, if the doctor suspects such a problem, you are scheduled to undergo a blood test for testosterone. However, only a small percentage of men with erectile dysfunction have a lowered level of testosterone in the blood.